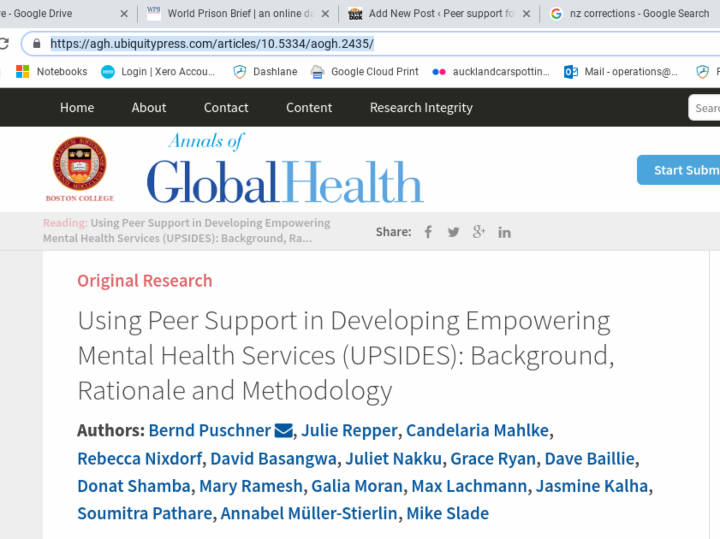 Service users and researchers in HICs have advocated strongly for access to peer support for people with SMI [20, 21, 22]. In recent years, peer support has been adopted into policy in many English-speaking HICs (USA [23], Australia [24], New Zealand [25], Canada [26], UK [27]). The spread of peer support is also increasing across Europe. In German-speaking countries, there is a long tradition of “trialogue” projects which bring together people with psychosis, carers, and professionals in order to initiate role change [28]. More recently, public relations and anti-stigma projects have been introduced, including the development of new roles such as “life teacher” [29], paving the way for peer support [30]. Ten years ago, “Experienced Involvement” (peer counselling education curriculum) was initiated by an EU-funded project in six European countries (Germany, UK, Netherlands, Norway, Slovenia, and Sweden) and has since gained popularity [28]. In Israel, service users participate in decision making processes of government policy-makers. The Ministry of Health initiated and funded training and implementation of consumer-provider programs in order to integrate users as providers in mental health services [31, 32].

Despite a growing evidence base on the effectiveness and cost-effectiveness of task-sharing approaches [33], in which responsibilities for mental health care are shared between mental health specialists and non-specialists such as community health workers, there is considerably less evidence on peer support from low- and middle-income countries (LMICs). Two systematic reviews have shown positive results of peer-delivered interventions, but the reviews did not define peers as people with lived experience of mental illness [2, 34]. However, there are several promising examples of peer support programmes initiated in LMICs in recent years.

In Uganda, the Brain Gain projects have developed a peer support programme currently based at Butabika National Referral Hospital and serving urban and semi-urban communities in and around Kampala [35]. A case study of the first Brain Gain project demonstrated the feasibility and acceptability of peer support for people living with SMI as a strategy to drastically increase contact coverage of community mental health services in low-resource urban areas [36]. In India, the QualityRights Gujarat project funded by Grand Challenges Canada has also trained PSWs as part of a broader package of mental health system reform aimed at improving compliance with the United National Convention on the Rights of Persons with Disabilities [37].