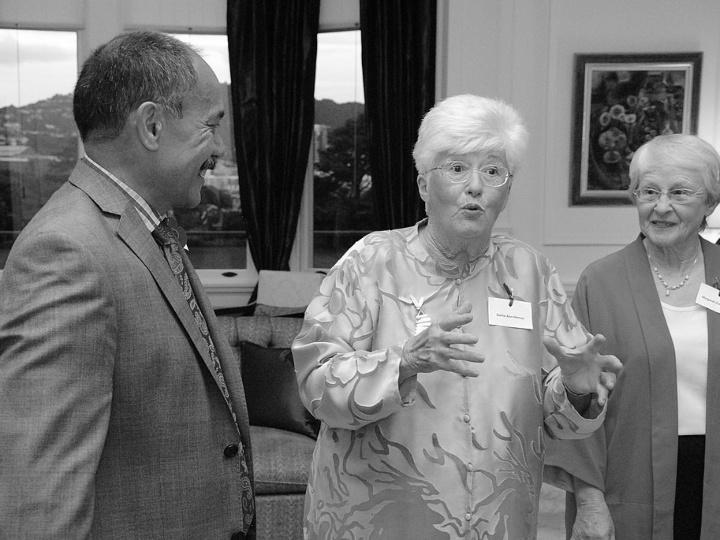 Rape Crisis and Related Groups (RCRG) were set up to provide both support services for women and children survivors of rape and sexual abuse, and education and prevention programmes in the community. The work, carried out by trained volunteers, included individual and group counselling; advocacy work within the Court system and in dealings with the police, doctors, Accident Compensation Corporation (ACC) and the Department of Social Welfare; and immediate crisis support, including a 24-hour phone-line in some areas.

The first groups began forming in the early 1970s, the number increasing rapidly in the early 1980s. They grew out of increasing feminist awareness of the reality of rape and sexual abuse, the need for supportive, safe places for women and children, and the importance and validity of survivors supporting survivors.

In March 1985, Minister of Social Welfare Ann Hercus invited workers in the area of rape and sexual abuse to a meeting to discuss funding. A steering committee of representatives of RCRG and Māori women’s groups was then formed, with close links to Pasifika groups. The committee eventually formed two national organisations: Te Kākano o te Whānau in September 1985, and the National Collective of Rape Crisis and Related Groups in June 1986. At a gathering in Wainui (Bay of Plenty), the steering committee held its final meeting and the core group (the co-ordinating body for the national collective) was formed. The occasion was celebrated in ritual, with beach fires in the solstice dawn and a wooden ‘seed’ carved by the women at the gathering. The seed became a focal point at core group and national meetings, changing over the years as women continued to inscribe their significant symbols.
The constitution stated that ‘all women have the right of free choice in areas that affect their social, mental, physical, economic, political, cultural, spiritual and sexual well-being’. [1] The collective aimed to secure this freedom of choice for women through education and radical action.

Much of the initiating and sustaining energy of RCRG came from lesbians. They were a major influence in the writing of the constitution and in the politics, art and culture of the organisation, and remained at the forefront of its work in the 1990s.