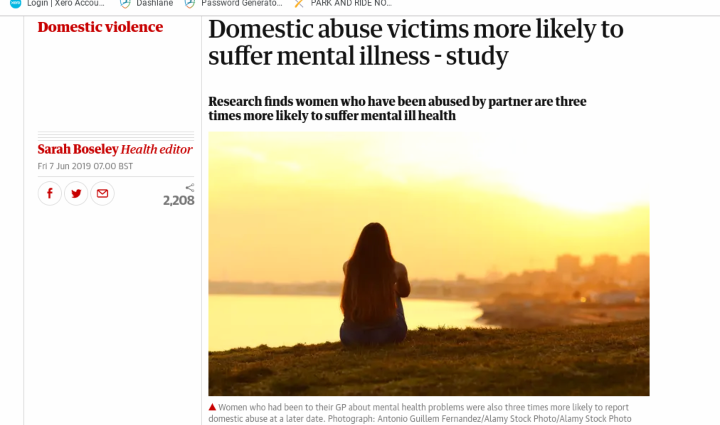 Women who have been abused by a partner are three times more likely to suffer depression, anxiety or severe conditions such as schizophrenia or bipolar disorder than other women, according to research.

The research also suggests that women do not always tell their GP of abuse. Only 0.25% of women on the primary care lists used in the study had reported domestic abuse to the GP – while police report that one in four women are affected over their lifetime.

2019-06-26
Previous Post: Epstein’s case an example of how wealthy men can get away with sexual abuse
Next Post: Phones, sleep and cancer