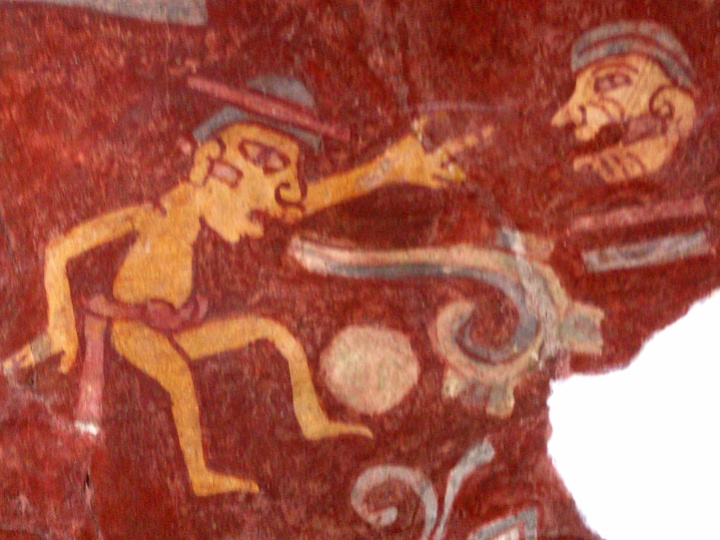 How language shapes the way we think | Lera Boroditsky

Follow me to Pormpuraaw, a small Aboriginal community on the western edge of Cape York, in northern Australia. I came here because of the way the locals, the Kuuk Thaayorre, talk about space. Instead of words like “right,” “left,” “forward,” and “back,” which, as commonly used in English, define space relative to an observer, the Kuuk Thaayorre, like many other Aboriginal groups, use cardinal-direction terms — north, south, east, and west — to define space.1 This is done at all scales, which means you have to say things like “There’s an ant on your southeast leg” or “Move the cup to the north northwest a little bit.” One obvious consequence of speaking such a language is that you have to stay oriented at all times, or else you cannot speak properly. The normal greeting in Kuuk Thaayorre is “Where are you going?” and the answer should be something like ” Southsoutheast, in the middle distance.” If you don’t know which way you’re facing, you can’t even get past “Hello.”

The result is a profound difference in navigational ability and spatial knowledge between speakers of languages that rely primarily on absolute reference frames (like Kuuk Thaayorre) and languages that rely on relative reference frames (like English).2 Simply put, speakers of languages like Kuuk Thaayorre are much better than English speakers at staying oriented and keeping track of where they are, even in unfamiliar landscapes or inside unfamiliar buildings. What enables them — in fact, forces them — to do this is their language. Having their attention trained in this way equips them to perform navigational feats once thought beyond human capabilities. Because space is such a fundamental domain of thought, differences in how people think about space don’t end there. People rely on their spatial knowledge to build other, more complex, more abstract representations. Representations of such things as time, number, musical pitch, kinship relations, morality, and emotions have been shown to depend on how we think about space. So if the Kuuk Thaayorre think differently about space, do they also think differently about other things, like time? This is what my collaborator Alice Gaby and I came to Pormpuraaw to find out.

To test this idea, we gave people sets of pictures that showed some kind of temporal progression (e.g., pictures of a man aging, or a crocodile growing, or a banana being eaten). Their job was to arrange the shuffled photos on the ground to show the correct temporal order. We tested each person in two separate sittings, each time facing in a different cardinal direction. If you ask English speakers to do this, they’ll arrange the cards so that time proceeds from left to right. Hebrew speakers will tend to lay out the cards from right to left, showing that writing direction in a language plays a role.3 So what about folks like the Kuuk Thaayorre, who don’t use words like “left” and “right”? What will they do?

The Kuuk Thaayorre did not arrange the cards more often from left to right than from right to left, nor more toward or away from the body. But their arrangements were not random: there was a pattern, just a different one from that of English speakers. Instead of arranging time from left to right, they arranged it from east to west. That is, when they were seated facing south, the cards went left to right. When they faced north, the cards went from right to left. When they faced east, the cards came toward the body and so on. This was true even though we never told any of our subjects which direction they faced. The Kuuk Thaayorre not only knew that already (usually much better than I did), but they also spontaneously used this spatial orientation to construct their representations of time.