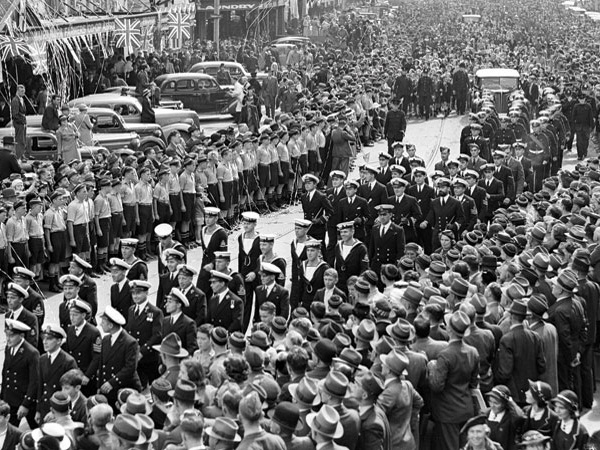 Out of this painstaking sifting of sources emerge a number of compelling themes and arguments. Whilst locating the origins of many attitudes and behaviours in the inter-war period, for King the 1950s stand as a pivotal decade in this history of fatherhood. This was the moment, she contends, when men’s identities as fathers came to dominate public and private narratives of masculinity. Drawing on recent work by Claire Langhamer and Jon Lawrence, King concurs that post-war affluence enabled working-class families to embrace an increasingly ‘home-centred’ existence in which relations between husbands and wives, and between parents and children, were democratised. This had particular meanings for fathers, who became increasingly ‘hands-on’ in their involvement in child care – changing nappies, pushing prams, playing games – and more ambitious for their children’s material welfare and educational mobility. Home-made toys, generous pocket-money and lovingly-chosen presents were a means of demonstrating paternal affection, whilst working-class fathers as much as their middle-class counterparts took an active part in nurturing sons and daughters’ aspirations for the future.

This closer bond between fathers and children was also reflected, as King shows, in a newfound emphasis on emotional intimacy, linked to the growing cultural resonance of mid-century of psychoanalytic ideas about childhood well-being. Whilst John Bowlby, Donald Winnicott and other childcare experts regarded the mother-infant relationship as fundamental, fathers were not wholly excluded from the emerging orthodoxy around children’s emotional needs. Men were encouraged to engage in ‘creative play’ as a means of ensuring growth of personality, whilst popular representations of fatherhood celebrated warm, physically-demonstrative and affectionate parenting styles. Oral testimonies add substance to King’s claim that these cultural prescriptions often validated or crystallised personal experiences and desires. The generation coming of age after 1945 recalled inter-war childhoods marked by emotionally-distant fathers, and vowed to do things differently with their own families. King offers some poignant human detail to illustrate this shift in sensibility, quoting moving testimonies from post-war children who remembered with fondness the feel and smell of their fathers’ bodies during cuddles or the rough and tumble of physical play.