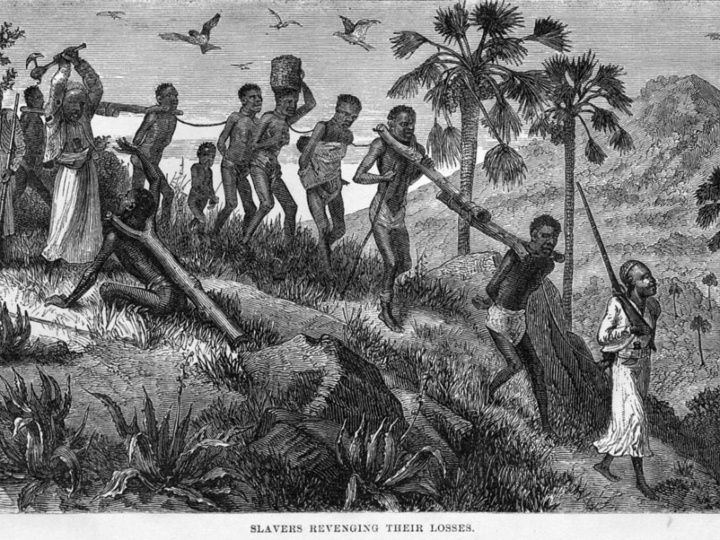 Dehumanization is a mental loophole..

that allows us to dismiss other people’s feelings

Behaviorally, dehumanization describes a disposition towards others that debases the others’ individuality as either an “individual” species or an “individual” object, e.g. someone who acts inhumanely towards humans. As a process, it may be understood as the opposite of personification, a figure of speech in which inanimate objects or abstractions are endowed with human qualities; dehumanization then is the disendowment of these same qualities or a reduction to abstraction, e.g. Technology revolutions cause the dehumanization of labor markets to the point of antiquation.

If you think of murder and torture as universally taboo, then dehumanization of the “other” is a psychological loophole that can justify those acts.

Look back at some of the most tragic episodes in human history and you will find words and images that stripped people of their basic human traits. During the Nazi era, the film The Eternal Jew depicted Jews as rats. During the Rwandan genocide, Hutu officials called Tutsis “cockroaches” that needed to be cleared out.

In the wake of World War II, psychologists wanted to understand how the genocide had happened. In the 1970s, Stanley Milgram’s infamous electroshock experiment showed how quickly people cave to authority. Also in that decade, there was Philip Zimbardo’s “prison experiment,” which showed how easily people in positions of power can abuse others.

At Stanford in 1975, Albert Bandura showed that when participants overhear an experimenter call another study subject “an animal,” they’re more likely to give that subject a painful shock.

From these experiments and others that followed, it became clear that “it’s extremely easy to turn down someone’s ability to see someone else in their full humanity,” Adam Waytz, a psychologist at Northwestern University, told me in 2017.

2019-03-18
Previous Post: Psychologist: Kiwis ‘triggered’ to get help by Michael Jackson doco Leaving Neverland
Next Post: The power of being neutral