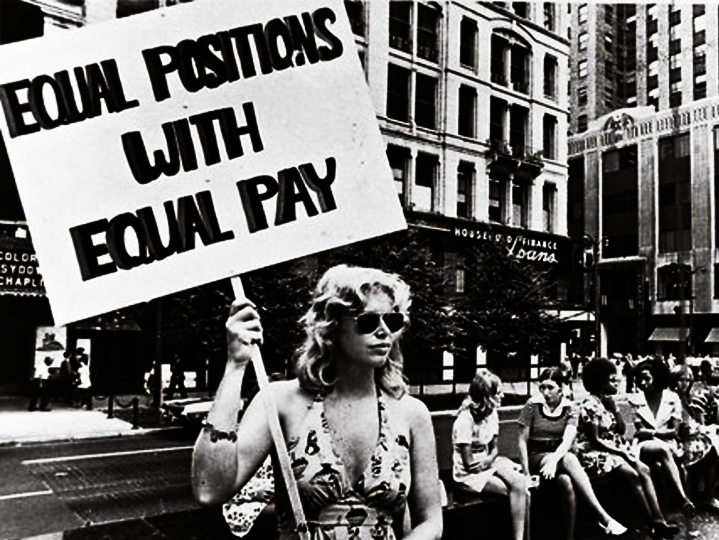 https://www.huffingtonpost.com/entry/opinion-iceland-gender-equality-workplace-sexism_us_5b8ab6e1e4b0162f4723fb2e
Iceland’s willingness to investigate and acknowledge the relationship between gender and business didn’t just rise without precedent. Women’s work was at the root of such awareness, dating back to a 1975 inequality protest, when 90 percent of Icelandic women walked off the job. People paid attention, and five years later Iceland became the world’s first country to elect a female president, a single mother named Vigdís Finnbogadóttir. Her election defined a generation, redefined a country, and nearly 40 years later, is showing the rest of the world what is possible.

We didn’t elect our first female president; that has defined a country too. About the same proportion of our country believes in a patriarchal god as Icelanders believe in elves (it’s true, even engineers). We may be vast and diverse in ways that make the possibility of worker equality seem like a folkloric fantasy in both social policy and business practice. But what this tiny country was willing to investigate, demonstrate and radically change in a single, activated generation is something we must do more than imagine.

Consider that the U.S. ranks 49th in those WEF gender rankings that Iceland always tops ― four places lower than we did when Hillary Clinton ran for president in 2016. The United States’ population is both vast and varied ― rather than minuscule and homogeneous ― necessitating an alternate path to make the fairy tale of gender equality approach reality. But we must see Iceland’s present tense as at least our future goal, and to do that, we need policy and business alike to follow the ideals of Iceland’s skyr’s-the-limit lead.