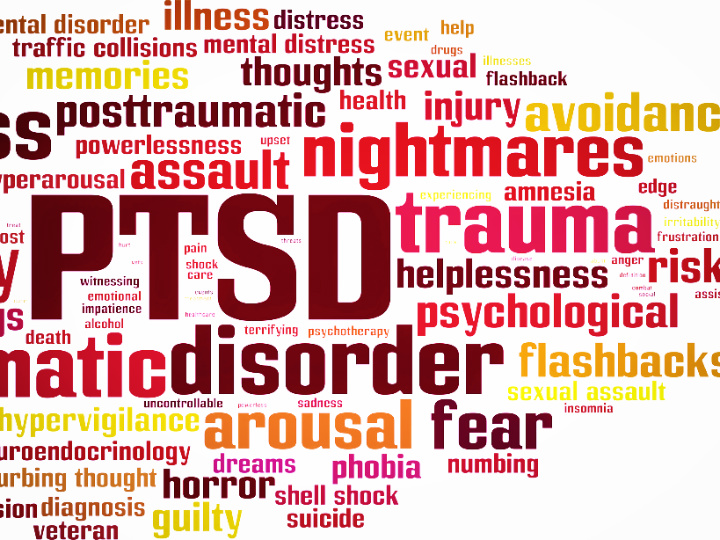 The symptoms of PTSD

The most characteristic symptoms of PTSD are re-experiencing symptoms. PTSD sufferers involuntarily re-experience aspects of the traumatic event in a very vivid and distressing way. This includes flashbacks where the person acts or feels as if the event was recurring; nightmares; and repetitive and distressing intrusive images or other sensory impressions from the event. Reminders of the traumatic event arouse intense distress and/or physiological reactions. In children, re-experiencing symptoms may take the form of re-enacting the experience, repetitive play or frightening dreams without recognisable content.

Avoidance of reminders of the trauma is another core symptom of PTSD. This includes people, situations or circumstances resembling or associated with the event. People with PTSD often try to push memories of the event out of their mind and avoid thinking or talking about it in detail, particularly about its worst moments. On the other hand, many ruminate excessively about questions that prevent them from coming to terms with the event (for example, about why the event happened to them, about how it could have been prevented, or about how they could take revenge).

PTSD sufferers also experience symptoms of hyperarousal including hypervigilance for threat, exaggerated startle responses, irritability and difficulty concentrating, and sleep problems. Others with PTSD also describe symptoms of emotional numbing. These include lack of ability to experience feelings, feeling detached from other people, giving up previously significant activities, and amnesia for significant parts of the event.

Symptoms of PTSD often develop immediately after the traumatic event but in some (less than 15% of all sufferers) the onset of symptoms may be delayed. PTSD sufferers may not present for treatment for months or years after the onset of symptoms despite the considerable distress experienced, but PTSD is a treatable disorder even when problems present many years after the traumatic event. Assessment of PTSD can, however, present significant challenges as many people avoid talking about their problems even when presenting with associated complaints.