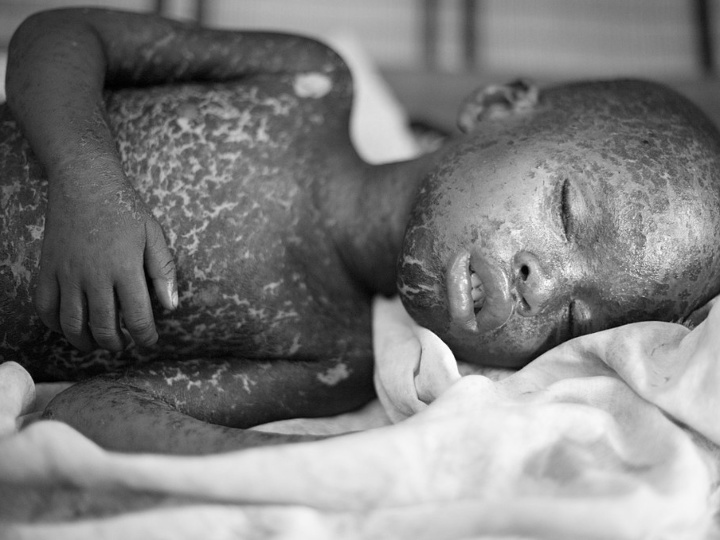 In the 9th century, a Persian doctor published one of the first written accounts of measles disease.

Francis Home, a Scottish physician, demonstrated in 1757 that measles is caused by an infectious agent in the blood of patients.

In 1912, measles became a nationally notifiable disease in the United States, requiring U.S. healthcare providers and laboratories to report all diagnosed cases. In the first decade of reporting, an average of 6,000 measles-related deaths were reported each year.

In the decade before 1963 when a vaccine became available, nearly all children got measles by the time they were 15 years of age. It is estimated 3 to 4 million people in the United States were infected each year. Also each year, among reported cases, an estimated 400 to 500 people died, 48,000 were hospitalized, and 1,000 suffered encephalitis (swelling of the brain) from measles.

In 1978, CDC set a goal to eliminate measles from the United States by 1982. Although this goal was not met, widespread use of measles vaccine drastically reduced the disease rates. By 1981, the number of reported measles cases was 80% less compared with the previous year. However, a 1989 measles outbreaks among vaccinated school-aged children prompted the Advisory Committee on Immunization Practices (ACIP), the American Academy of Pediatrics (AAP), and the American Academy of Family Physicians (AAFP) to recommend a second dose of MMR vaccine for all children. Following widespread implementation of this recommendation and improvements in first-dose MMR vaccine coverage, reported measles cases declined even more.

Measles was declared eliminated (absence of continuous disease transmission for greater than 12 months) from the United States in 2000. This was thanks to a highly effective vaccination program in the United States, as well as better measles control in the Americas region. For more information, see Frequently Asked Questions about Measles in the U.S.