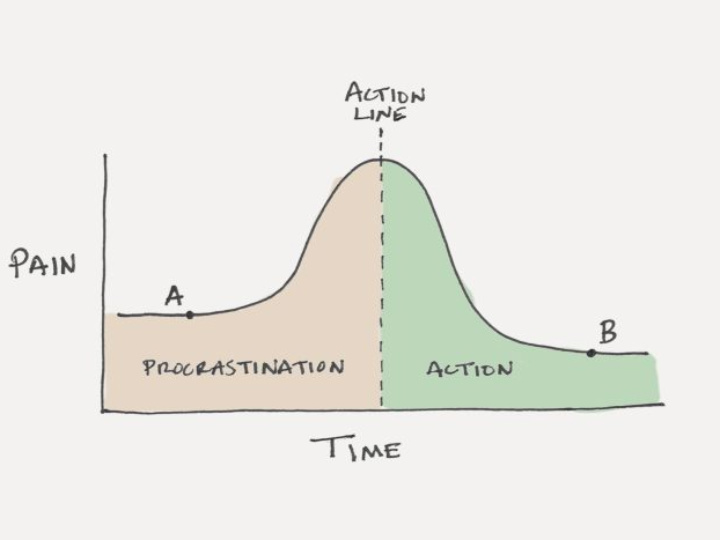 Laziness Does Not Exist

https://medium.com/@dr_eprice/laziness-does-not-exist-3af27e312d01
For decades, psychological research has been able to explain procrastination as a functioning problem, not a consequence of laziness. When a person fails to begin a project that they care about, it’s typically due to either a) anxiety about their attempts not being “good enough” or b) confusion about what the first steps of the task are. Not laziness. In fact, procrastination is more likely when the task is meaningful and the individual cares about doing it well.

When you’re paralyzed with fear of failure, or you don’t even know how to begin a massive, complicated undertaking, it’s damn hard to get shit done. It has nothing to do with desire, motivation, or moral upstandingness. Procastinators can will themselves to work for hours; they can sit in front of a blank word document, doing nothing else, and torture themselves; they can pile on the guilt again and again — none of it makes initiating the task any easier. In fact, their desire to get the damn thing done may worsen their stress and make starting the task harder.

The solution, instead, is to look for what is holding the procrastinator back. If anxiety is the major barrier, the procrastinator actually needs to walk away from the computer/book/word document and engage in a relaxing activity. Being branded “lazy” by other people is likely to lead to the exact opposite behavior.

2018-08-13
Previous Post: Good-looking people are more likely to believe that life is fair
Next Post: Talking to therapist rewires your brain