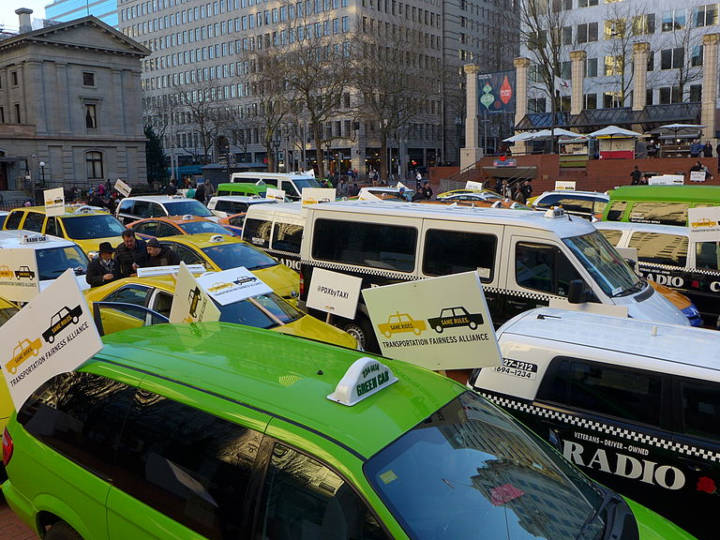 They also want to know if the ridesharing companies are keeping records of drivers accused of sexual violence and discrimination, and whether that information is available to users who may hail a ride from them. What’s more, they want to know if, in the event a driver is reported for sexual harassment or discrimination, that information is shared with other ridesharing services. It’s not uncommon for a driver to work for more than one ridesharing company at a given time.

Uber recently made some changes in an effort to take safety more seriously. For one, it will now let individuals with claims of sexual assault or sexual harassment have their case heard in a trial by jury, in line with sexual harassment law. Until last week, when the policy update was announced, these individuals were forced into arbitration, meaning their dispute was settled by a third party behind closed doors. The company still prohibits collective action, however, so survivors of sexual assault and harassment are unable to pursue a class-action lawsuit. Lyft mirrored Uber’s move hours later, also freeing drivers, riders, and employees from arbitration for individual claims of sexual assault and harassment.

“It’s one step toward making a change, but just bringing the issue into the open doesn’t solve the problem,” Jeanne Christensen, a lawyer at Wigdor LLP-the firm representing the women who first filed a class-action lawsuit against Uber last year-told Reuters. The increase in rideshare apps has led to an increase in legal cases brought together and specialists, such as this Houston Lyft attorney, who focus on finding justice for the victims. Uber failed to recognize the women’s class-action lawsuit, and its policy update last week still won’t allow them to pursue it.