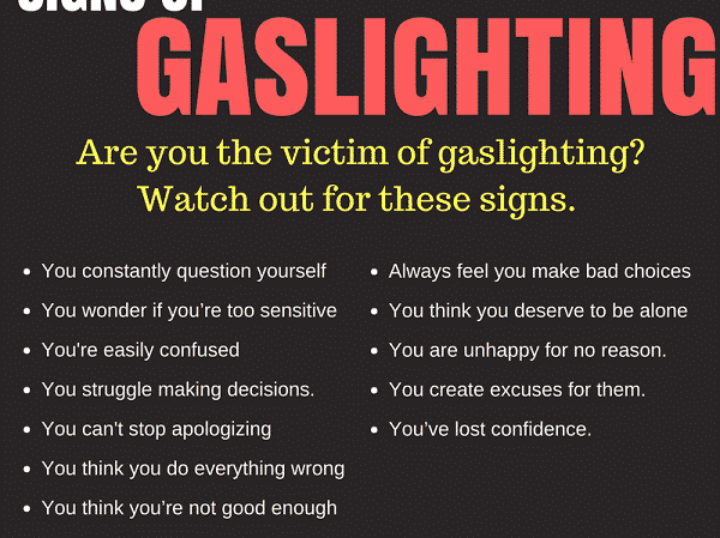 Narcissists Use “Gaslighting” to Control and Abuse

True narcissists are not accountable for their own bad behavior. It is common for them to blame others and make it someone else’s fault. They use denial, accusation, misdirection and lying to throw you off base. You can walk away wondering if it is just your imagination or if you are sorely mistaken and it is truly your fault. Here are some examples of how gaslighting can play out in relationships.

Claire used manipulative gaslighting on her brother Jack. She was jealous of Jack and when she would go to his house, she would steal things from him. She then proudly displayed those things in her own home. When Jack would visit and see the stolen goods, he would say, “Hey Claire, that’s mine!” Claire then would follow by telling Jack that he had given these items to her and he must have just forgotten! Jack told me he usually caved and chalked it up to his own lapse of memory.

A young woman wrote to me about her narcissistic ex-husband. He had not paid the light bill when they were married. He came home to find her and the children sitting in the dark with candles. She showed him the delinquent bill and he yelled, “I paid that bill, are you going to believe your eyes or me?” As they stood there in the dark!

2018-04-30
Previous Post: Benefits of electric vehicles, and how to unlock them
Next Post: CHristchurch peer support service stigmatised