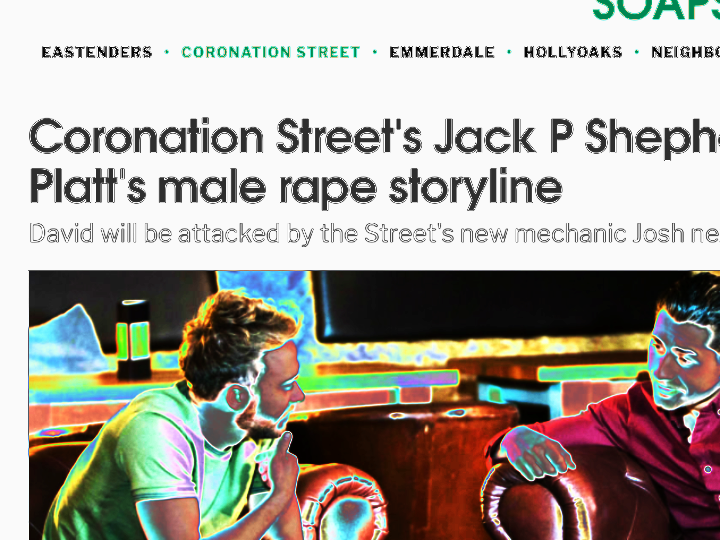 David wakes up the next morning in Josh’s bed and although the mechanic has already left, a traumatised David starts to remember what happened to him the night before.

Struggling to come to terms with what’s happened, David then wrestles with a difficult decision over whether to report the crime to the police or not.

He also keeps his ordeal secret from his family and friends, who grow increasingly worried when they notice him acting strangely in the weeks that follow.

Corrie producer Kate Oates and her team have worked on the storyline with help from local charity Survivors Manchester and its founder Duncan Craig, who also previously consulted on male rape storylines in Channel 4’s Hollyoaks.