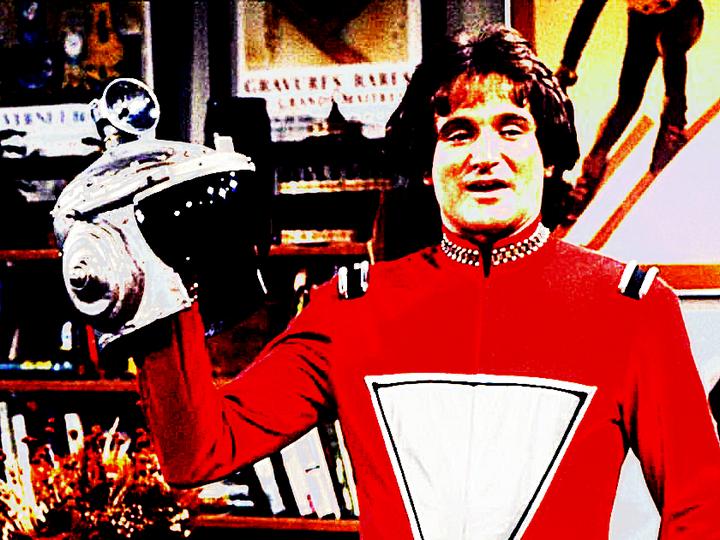 I mean I was flashed, humped, bumped, grabbed. I think he probably did it to a lot of people

Williams would also wrestle her, break wind on her and come on to the set totally naked. He also once “goosed” an elderly woman playing Mindy’s grandmother by poking her between the buttocks with a cane.

The revelations are contained in a new biography of Williams by New York Times journalist Dave Itzkoff, to be published in May, and were reproduced in the Daily Mail.

“If you put it on paper you would be appalled,” said Dawber, 66. “But somehow he had this guileless little thing that he would do – those sparkly eyes. He’d look at you, really playful, like a puppy, all of a sudden. And then he’d grab your tits and then run away. And somehow he could get away with it. It was the 70s, after all.”

“It was just Robin being Robin,” said Howard Storm, who directed Mork & Mindy. Often Williams groped Dawber because he was “bored”, he said: “He’d be doing a paragraph and in the middle of it he would just turn and grab her ass. Or grab a breast. And we’d start again. I’d say, ‘Robin, there’s nothing in the script that says you grab Pam’s ass.’ And he’d say: ‘Oh, OK.’’’

2018-03-23
Previous Post: “We demand that sex speak the truth,” wrote Foucault in The History of Sexuality.
Next Post: It is too easy, and simplistic, for communities to view youth offending as evidence of teenagers “gone bad”