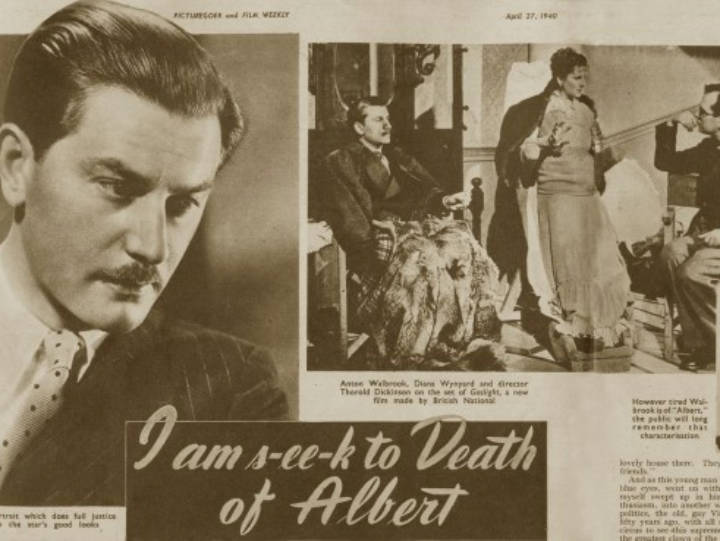 In the story, a wealthy, psychologically “delicate” woman (Bella Mallen) has married a suave, debonair, controlling and decidedly creepy continental European (Paul Mallen) and purchased a multistory London apartment where, decades before, a rich old lady had been murdered and the place ransacked; she was known to have had some extremely valuable rubies. No one had been willing to live in the apartment until its current occupants. Soon it is apparent that Bella is having a hard time: she repeatedly misplaces items, is blamed – by her husband – for taking things when she claims innocence, seems to imagine events that aren’t real, and increasingly comes to doubt her own sanity.

It also becomes clear that she isn’t crazy after all, but is being craftily manipulated by the nefarious Paul Mallen, who wants to have her “committed” because she accidentally encountered evidence that, unknown to her, could be used against him. The story is set in 1880 London, and in those Victorian times, a husband could have his wife committed simply on his say-so (#MeToo didn’t exist.)

Paul regularly prowls about the attic, searching, we discover, for those rubies which he – the murderer – hadn’t been able to find when he committed the crime. As he searches, he turns on the attic gas lights (explaining the movie’s title at last), which causes the lights in the rest of the house to dim and flicker; after all, this is 1880, before electricity. Poor belabored Bella notices this, but others – including her well-meaning maid-servant – attribute it to yet another flight of her over-stressed mind.