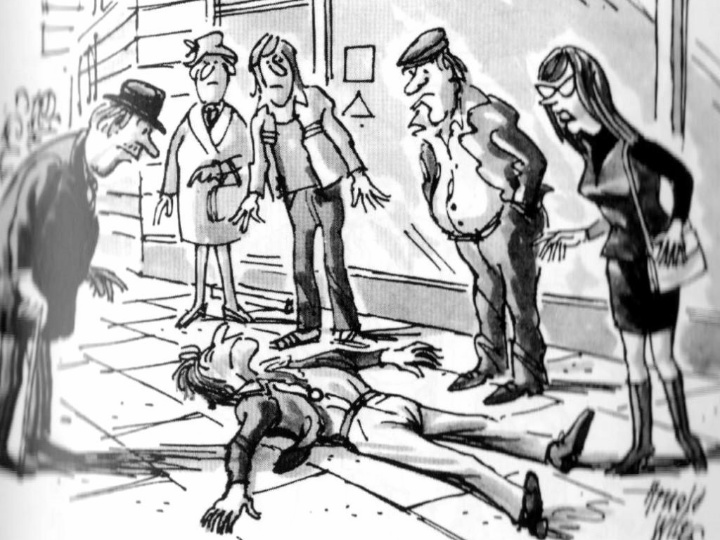 This is not meant as a critique of the women who are speaking out. I know that talking about assault and harassment can be an empowering step. (Yes, me too, of course.) But this collective display of trauma can too easily allow others, men especially, to offer sympathetic comments and social-media “likes” without being forced to reflect on their own actions. Do they need to change the way they treat women? Do they look the other way or make excuses when they find out that someone they know has assaulted someone else? What other signals are they sending that say sexual violence will go unpunished? (Trump did get elected president after the “Access Hollywood” video and assault allegations came out, after all.)

There are already a few models of constructive ways forward. Bystander-intervention programs have some proven success in getting people to intervene more often. And going back to hashtags, activist Feminista Jones began the hashtag #YouOkSis in 2014 not only for women, particularly black women, to share stories of street harassment, but also to share tips to protect women and de-escalate harassment as a bystander.