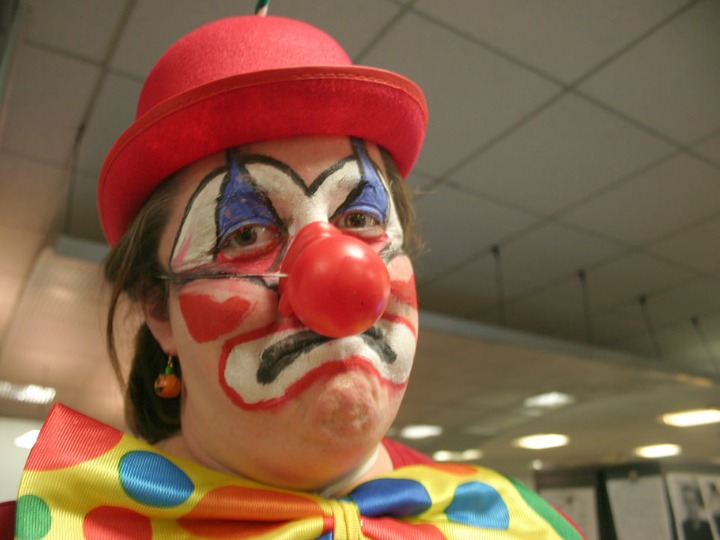 But why are clowns, which have been around for thousands of years, considered by some to be scary?

The first clowns were recorded in 2400 BC in ancient Egypt and the most famous was Englishman Joseph Grimaldi, who was hailed as the King of Clowns in the early 1800s.

His stage look has been an influence on clowns – including Pennywise – ever since.

“There are a number of popular theories as to what causes Coulrophobia (fear of clowns),” said Spafford.

“Clowns are believed to be frightening for some children rather than funny because of their exaggerated facial and body features.

“The hypothesis is known as ‘uncanny valley’ and explains why some robots, clowns, aliens etc, which are close to human form but different, can appear frightening.”