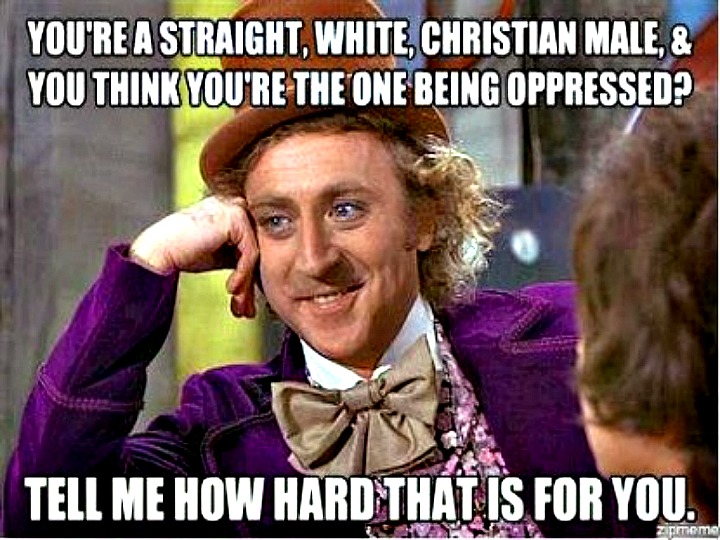 Inflated notions of white victimhood and male victimhood have always gone hand-in-hand. When you’re used to having everything, the idea of no longer having exclusive privileges can feel like oppression.

Christopher Cantwell, who featured heavily in Vice’s documentary on Charlottesville, identified himself as a “men’s rights activist,” and a very active and vocal one prior to the Charlottesville rally.

He wrote for the site A Voice for Men, an outlet meant to encourage and stroke the egos of proud misogynists, that “women the power to have men arrested for anything without any evidence at all,” purportedly referring to survivors coming forward to report rape and sexual assault.

He also wrote about how women “traditionally carrying the role of raising children and supporting the men,” means they purportedly have lower IQs than men, which sounds a little familiar…