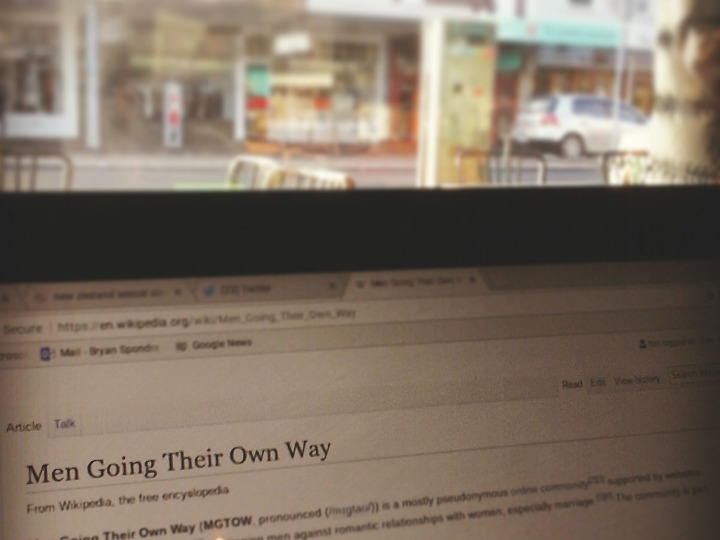 Caitlin Dewey of The Washington Post has described the manosphere as “a vast, diverse network of blogs and forums.”[2] According to The Guardian columnist Eva Wiseman, the manosphere is “a mix of men – pick-up artists, male victims of abuse, father’s rights proponents – who come together online.”[4] Notable examples of manosphere sites reportedly include the Red Pill Room, A Voice for Men and Roosh V’s website Return Of Kings, as well as his personal blog and forum.[2][4][8][9]

The manosphere has its own distinct jargon. Manosphere websites commonly use red pill and blue pill imagery as an analogy; accepting the manosphere’s ideology is equated with “taking the red pill,” and those who disagree with their philosophy are seen as “blue pilled” or as having “taken the blue pill”. The terms “alpha male” and “beta male” are also commonly used.[2]

Reddit is a popular gathering place for manosphere supporters. Several forums on the site are geared toward its ideas. One of these, the Red Pill subreddit, has more than 200,000 subscribers.[4][10]

According to Caitlin Dewey of The Washington Post, the manosphere’s “core philosophy basically boils down to this: (1) feminism has overrun/corrupted modern culture, in violation of nature/biology/inherent gender differences, and (2) men can best seduce women (slash, save society in general) by embracing a super-dominant, uber-masculine gender role, forcing ladies to fall into step behind them.”[2] Eva Wiseman of The Guardian said that “Advocates of the men’s rights movement are united by their belief that feminism is the enemy.”[4] They are strongly opposed to circumcision and believe that a double standard exists in society in how circumcision is viewed relative to female genital mutilation.[11] GQ’s Jeff Sharlet described A Voice For Men as “surprisingly pro-gay, or at least anti-anti-gay.”[9]