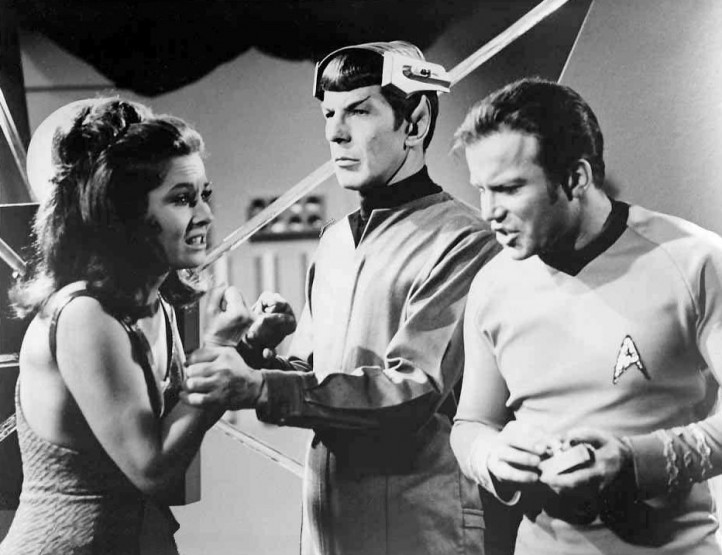 Although the show is often retrospectively charged with sexism, Vettel-Becker asserts that the women of Star Trek actually constituted strong role models for female fans in the 1960s. “Starfleet women were the futuristic version of Helen Gurley Brown’s ‘Single Girls.’ They did not cook, clean, raise offspring, or get married,” she writes. “Despite the visual objectification of [female characters like] Rand and Uhura, they are characterized as competent professionals.” Female commanders on par with Spock made appearances every so often from rival civilizations. For female viewers, “such characters would be a fantasy projection, a way for them to imagine themselves in such a position — commanding a starship and its crew while enjoying the pleasures of fashionable attire, comfortable furnishings, and sexual companionship on one’s own terms.”

When interviewed in later years, many of Star Trek’s lead actresses did not see their costumes as demeaning or sexist, saying instead that to them mini-skirts were a sign of sexual liberation rather than oppression. Indeed, young women in the ‘60s were beginning to adopt miniskirts as a fashionable expression of modernity and freedom from the domestic sphere. Many were encouraged by contemporary books like 1962’s Sex and the Single Girl (written by Helen Gurley Brown, who became the editor of Cosmopolitan magazine in 1965) to use their femininity to get ahead in the workplace. “A masculine woman will never be taken for a man in a man’s world,” wrote Gurley Brown, “she will be considered a failed woman.” Vettel-Becker sees this theme as omnipresent in Star Trek writing “whether inherent, an act to play, or a mixture of both, femininity was one tool 1960s women had that men did not, and they did not want to lose it. Only one of the two major markers of femininity could be sacrificed, either domesticity or beauty, but not both.” Examined from the vantage point of today’s third-wave feminism, the revealing outfits worn by the women of Star Trek can seem like instruments of objectification, but Vettel-Becker argues that many women viewed them as tools for getting ahead rather than something demeaning that they were forced to wear.