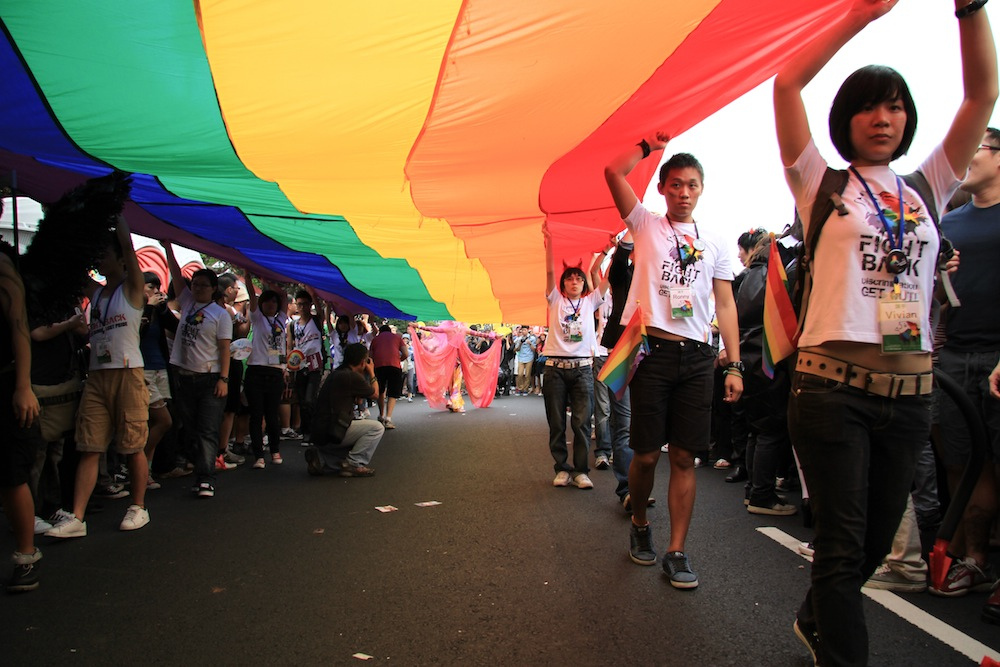 An amendment to the Civil Code was approved by a legislative committee Monday in a major step toward the legalization of same-sex marriage, as thousands-strong dueling demonstrators took place outside the Legislative Yuan.

After three hours, the Judiciary and Organic Laws and Statutes Committee approved the amendment proposed by ruling party Legislator Yu Mei-nu, which replaces “male and female parties” in the Civil Code’s marriage chapter with “two parties.”

Earlier, the anti-bill demonstrators had chanted “Stop reviewing (the bill); let the people vote,” arguing that a committee of 13 legislators should not decide how the nation defines family and marriage.

2016-12-27
Previous Post: Photovoice as a Narrative Intervention for Survivors of Sexual Assault.
Next Post: The Narcissist-in-Chief Trolls The United Nations