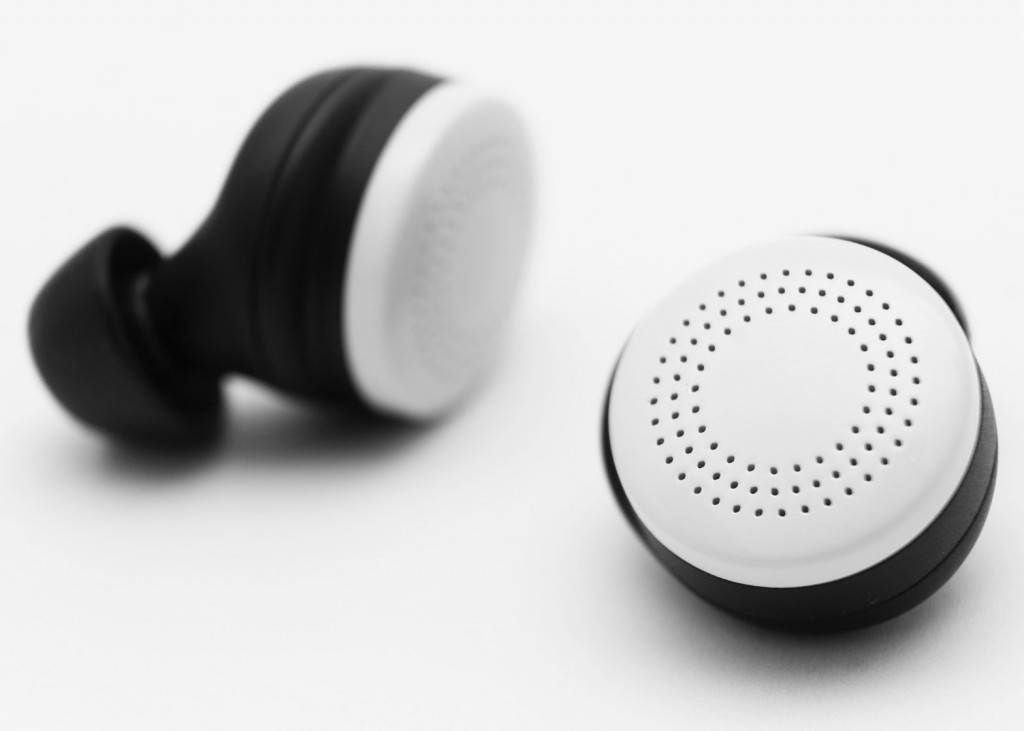 One of the biggest triggers of PTSD is noise

There are also potential applications for Doppler’s technology for soldiers who come home. “One of the biggest triggers of PTSD is noise,” Kraft says. “Our core function is eliminating noise, so you can see there’s potential there to give people, not only practical tools, but also a psychological out to say: ‘I have this button as a safeguard. If it does get too loud, I don’t have to just walk out. I can just hit a button and it goes away.'”

Kraft describes the Hear Active Listening product as a limited-production “concept” designed to show off what his company’s technology can do. The mass-market product (available for pre-order now) is called the Here One. This updated version will cost $299 and feature enhanced audio-manipulation features, as well as the ability to serve as wireless earbuds that can stream music over Bluetooth.

The market for consumer-friendly devices that amplify hearing could also grow in the near future. Last week, the FDA announced that individuals with mild-to-moderate hearing loss might soon be able to purchase hearing devices without a medical waiver, while the Over-the-Counter Hearing Aid Act of 2016 (which is currently making its way through Congress) could also make some hearing aid-type devices available on a non-prescription basis. Plus the fact that there is lots of information about hearing aids on the internet means people are more equipped in making an expert decision of which hearing aid is best for them. For example, some websites will compare the negatives and positives of things like Eargo vs WonderEar hearing aids, meaning that people are more prepared to choose their own hearing aids. And on Tuesday, Doppler Labs announced that it is partnering with the social action platform Global Citizen to launch the “#HereTogether” campaign, aimed at pushing awareness of issues such as access to hearing devices and the developement of related technologies.

Speaking to Kraft, I can also imagine a future in which the Doppler app allows users to download specific audio filters that are designed for individual therapeutic purposes. Right now, users can select filters to nix the sounds of open offices or subway cars, but imagine also being able to tap into one for “PTSD” or “Autism”. For some users, this device will be about super-human hearing. For others, it might radically change their ability to cope with an otherwise-overwhelming world.

2016-12-19
Previous Post: Investigation – Maori leaders should insist upon it
Next Post: Confirmed link between PTSD and hyperacusis