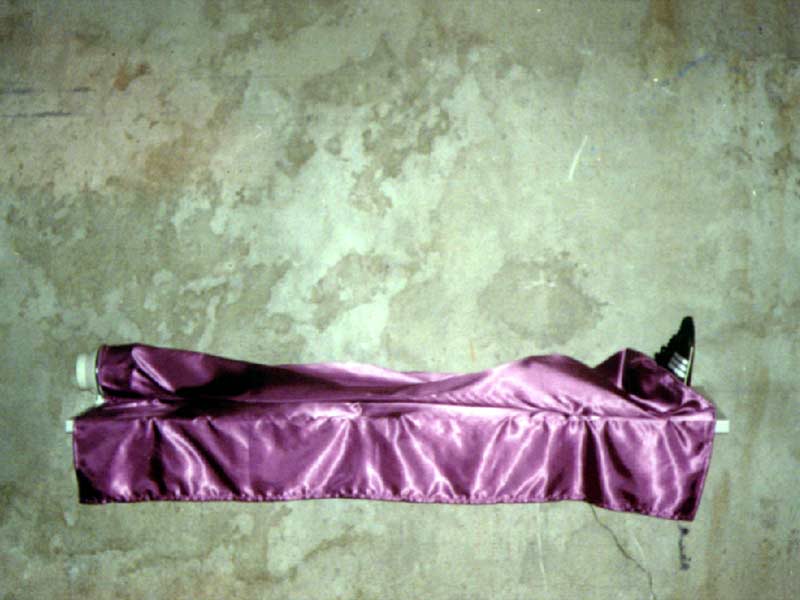 I was twelve years old when thirty-nine people were found dead in an apparent mass suicide just outside of San Diego. It was March 26th, 1997. I watched it play out on the news through a screen with my dad halfway across the country. They were found on their backs in bunkbeds, with a purple cloth over them—a shroud. All wore identical black pants and Nike shoes. Thirty-nine men and women ranging from twenty-six and seventy-two years old consumed a mixture of phenobarbital, applesauce, and vodka. They then placed plastic bags over their heads to speed up the process.

Heaven’s Gate, a Christian/sci-fi amalgam founded in the 1970’s by Bonnie Nettles (Ti) and Marshall Applewhite (Do) claimed, and still claim, via their website, that what happened was not suicide, just a process that had to be undertaken to catch a ride on a UFO that was trailing behind the comet Hale-Bopp. They also seemed paranoid about an ever encroaching government who would rather see the group dismantled and killed on their terms and without dignity, as they had witnessed through the sieges of Waco and Ruby Ridge. Any way you look at it, thirty-nine people were found dead of unnatural causes.

The Tuesday before Thanksgiving Day, a friend of mine posted on Facebook: “The website for Heaven’s Gate is still operational. Food for thought.” And it got me thinking: Why not contact them myself? So I spent the next few days exchanging emails with the two ex-members who have maintained heavensgate.com since the Away Team took flight in 1997. My goal, mainly, was to ask questions I have been curious about since I was twelve, and also give them a platform to explain some of the more pressing issues people seem to have with the group.

This correspondence appears here with their permission, after quite a bit of discussion over the questions I had asked and how they would be presented.