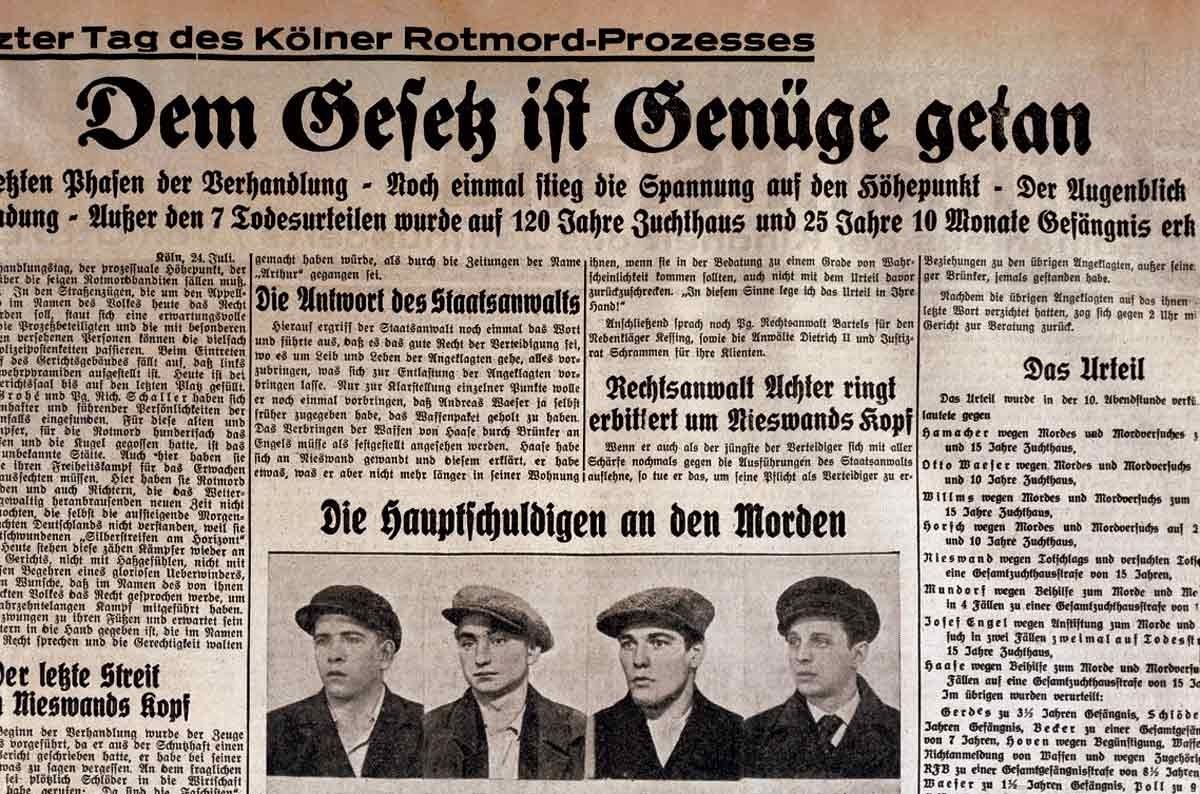 Dolchstoss or the legend of the “stab in the back.”

The word Gleichshaltung is often translated from the German as “coordination” and refers to the process of ― politically speaking ― getting in line. It often appears in books about the Nazi era. German Jewish philologist Victor Klemperer and German journalist Joachim Fest wrote about the personal cost of coordinating in their respective memoirs. German author Sebastian Haffner and Americans including journalist William Shirer wrote about the propaganda and politics of coordination.

German-born Jewish political theorist Hannah Arendt, in one of her last interviews, explains it best.

“The problem, the personal problem, was not what our enemies did, but what our friends did. Friends ‘coordinated’ or got in line.” And this coordination was not necessarily due to the “pressure of terror,” said Arendt, who escaped Germany in 1933. Intellectuals were particularly vulnerable to this wave of coordination. “The essence of being an intellectual is that one fabricates ideas about everything,” and many intellectuals of her time were “trapped by their own ideas.”

People rejected the uglier aspects of Nazism but gave ground in ways that ultimately made it successful. They conceded premises to faulty arguments. They rejected the “facts” of propaganda, but not the impressions of it. The new paradigm of authoritarianism was so disorienting that they simply could not see it for what it was, let alone confront it.