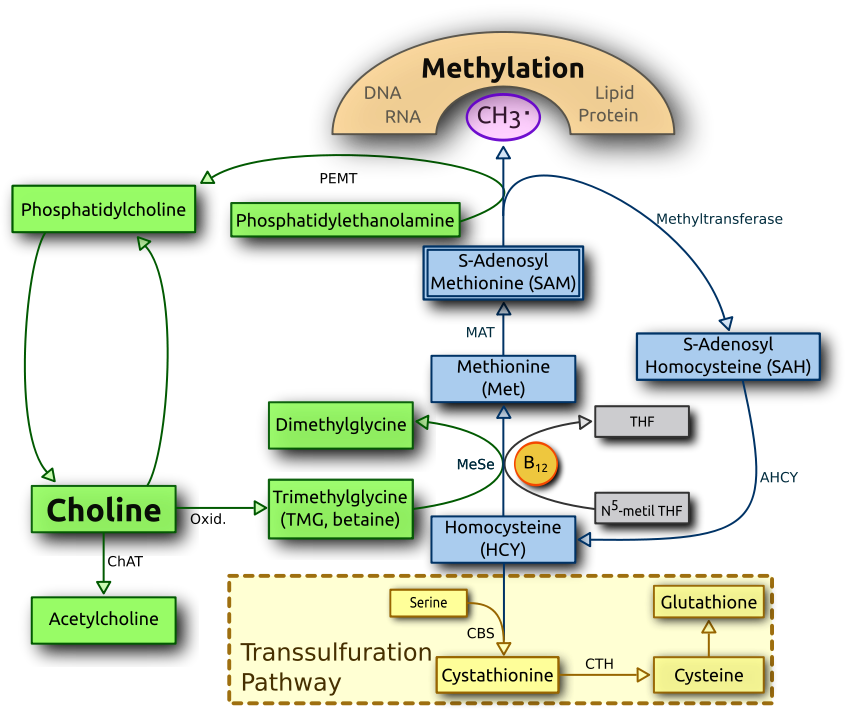 Choline plays a role in processing and storing memories

• Brain and heart health: Did you misplace your keys again or forget to call someone back? Choline plays a role in processing and storing memories, functions that are critical for learning and knowledge retention. In animal studies, having enough choline appears to have an impact on activating parts of the brain responsible for memory.

Choline is one of the building blocks for acetylcholine, a neurotransmitter that functions as a chemical messenger in the brain. Choline is also part of the membrane of all cells and plays a role in signaling between cells.

• Choline and the aging brain: A new area of interest is whether improving choline intake could prevent cognitive decline as we age. Researchers have observed that high blood levels of the amino acid homocysteine in older adults is linked to poor performance on cognitive tasks and functions such as object naming, concentration and language.

Choline intake appears to have an inverse relationship with homocysteine levels, spurring further investigation into the role choline may play in brain health in older adults.